Hurricanes Madeline and Lester are set to deliver the old one-two punch on Hawaii. Madeline has pushed through over the south portion of the Big Island while Lester is now bearing down to the north set to hit over the weekend. Residents are preparing for the first hit in years and the first hit ever on the Big Island. Wind-blown debris and flooding will be considered the greatest risks for this area. 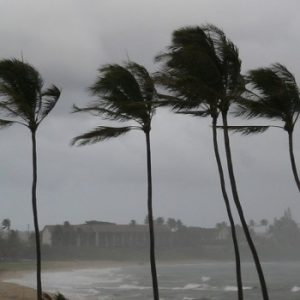 In the insurance world, the minute a tropical storm starts brewing, there is always a lot of buzz and speculation as to how large the storm will get, if it will hit land, and how much damage may be caused. The general consensus is that strong winds, potentially localized flooding, and some storm surge. In nutshell, you may have some spotty damage to structures that have weaker roofs and there may be some flooding in buildings in low-lying areas.

It is the weather, so things, of course, could change quickly.